London Calling: Things to do in London

Home/London Calling: Things to do in London

London Calling: Things to do in London

London is definitely one of the most must-visit popular destinations. Most people link London with Big Ben. It’s the UK’s capital city with the Big Ben tower clock, the Parliament Houses,  the London Eye and many others.  Since I was born in London, lived and worked there, I’m going to make some proposals for what to do and see if you are in London.

London’s Underground rail network or “the Tube” as it is known, is normally the quickest and easiest way of travelling around London. If you buy an Oyster card or a day ticket, you can also use this on other transportation e.g. bus. London buses are a quick, convenient and cheap way to travel around London, with plenty of sightseeing opportunities en route. Believe me; you’ll get to see a lot of things that you would have missed using the underground tube.

Coca-Cola London Eye is another popular attraction situated near the Houses of Parliament and the Big Ben.  It’s a must to get a ride on the London eye in order to enjoy panoramic views. I’ve done the ride twice, one during the day and another one during the night. I have to say both times are amazing, each with its own unique way.
Admission: from £6.53
Things to see/do around: Houses of Parliament, Big Ben.
Nearby Public Transport: Waterloo and Charring Cross, Tube: Westminster

The Houses of Parliament is near the London Eye, so after you enjoy a ride on the amazing wheel you can walk around here. The Houses of Parliament (Palace of Westminster) is right next to the famous bell– Big Ben. This nice complex is located next to the river Thames and is one of the most photographic scenes.
Admission: Free
Nearby Public Transport: Westminster Tube Station, St James Park Tube Station, Charring Station

Trafalgar Square is located right in heart of London, is one of the city’s most lively open spaces. Normally I reach this square by walking from the Houses of Parliament and the Big Ben.  There are a few statues, sculptures and a fountain in the square
Things to see/do around: Big Ben, The National Gallery.
Nearby Public Transport: Charring Station

Buckingham Palace is the most iconic royal building in the country. It is the residence of Her Majesty The Queen and is one of only a few working royal palaces left in the world. If the flag is up it means that the queen is inside. If you are in here during August & September, a trip to the palace is a must. It only then that it’s open to the public, and the entrance for an adult ticket is £20.50
Things to see/do nearby: Hyde Park, st James Park
Admission: Varies depending on availability
Nearby Public Transport: Victoria, Green Park and Hyde Park Corner

Tower Bridge represents another icon of London and it’s one of the world’s suspension bridges. I suggest you walk via London Bridge (opposite) in order to enjoy an amazing view of the Tower Bridge
Things to see/do nearby:Tower of London, The Shard.
Admission: From £9.20
Nearby Public Transport: Tower Hill

Tower of London is Her Majesty’s Royal Palace and Fortress, is a historic castle located on the north bank of the River Thames in central London. This is near the Tower Bridge
Things to see/do nearby: The Shard, Tower Bridge.
Nearby Public Transport: Tower Hill

The Shard is a rather new entry in London’s attractions (2012) located near the London Bridge. It’s a skyscraper and it’s the 4th taller building in Europe. It’s a glass pyramidal tower with 72 floors. The 72nd floor is open to the public to enjoy London’s amazing view.
Admission: From £23.00 GBP
Nearby Public Transport: London Bridge

Madame Tussauds is a museum which displays life-size wax replicas of famous Americans & historic icons in themed galleries. You’ll also get a change to take a photo with Angeline Jolie, Brad Pitt, Nicole Kidman, Morgan Freeman, Johnny Depp or Leonardi diCaprio. The sculptures and not always the same, there are times that there are featured icons, depending on what’s going on. Visit the Chamber gallery for something scarier, there are serial killers and you’ll get horrified.
Admission: £26.97 (online) – £33.00 (on the day)
Nearby Public Transport: Baker Street

London Dungeon recreates various violent and deathly historical events in a humoristic style. It features 18 shows, 20 actors and 3 rides. You will be taken on a journey through 1000 years of London’s history where you’ll meet actors performing as some of London’s most infamous characters, including Jack the Ripper and Sweeney Todd.
Admission: From £17.25
Nearby Public Transport: Waterloo
Things to see/do around: London Eye, London Aquarium

British Museum is one of the world’s oldest museums. Although I’m not really into museums, I have to say that this one has impressed me. It’s free to access; it displays a variety of collections and millions of interesting objects. Here you’ll see the Rosetta Stone and the Parthenon Sculptures. They provide free tours and host special exhibitions, just make sure to check the website to see what’s on.
Admission: Free
Nearby Public Transport: Holborn, Russell Square, Goodge Street

Natural History Museum is the world’s most prestigious and pre-eminent museum of natural history. The museum is particularly famous for its exhibition of dinosaur skeletons and ornate architecture. The building houses life and earth science specimens comprising some 80 million items within five main collections. The Natural History Museum’s Life Galleries are devoted to displays on animal life, from creepy crawlies to the plaster cast of a Diplodocus that lords it over the Central Hall.
Admission:  Free (a charge for some temporary exhibitions).
Nearby Public Transport: South Kensington
Things to see/do around: Science Museum

Science Museum is another must visit museums, which exhibits areas of science and technology. The Science Museum features seven floors of educational and entertaining exhibits, including the Apollo 10 command module and a flight simulator.
Admission: Free (you need to buy a ticket for the IMAX Theatre, flight simulators and some special exhibitions.)
Nearby Public Transport: South Kensington
Things to see/do around: Hyde Park, Harrods

Regent’s Park is one of the most popular open spaces which get really crowded on sunny days. The park is large enough so be careful not to get lost. I once got lost and spent 3 hours until I managed to get out. Sounds silly but I didn’t had a GSP phone then in order to guide me to the exit. During spring and summer you’ll get the chance to see amazing bloomed flowers. This park is the perfect spot to escape from the busy city.
Nearby Public Transport: Regent’s Park, Baker Street
Things to see/do around: London Zoo, Camden Market, Queens Mary Gardens, Madame Tussauds, Sherlock Holmes Museum

Camden Market is one of my favorite places. You can combine Camden Lock Market and Regent’s Park together since they are very near. This is an open-air market area with stalls, shops, pubs and restaurants.  Here you’ll find all sorts of different things including clothes, shoes, etc that you won’t find in the typical high street shops.
Nearby Public Transport: Camden Town
Things to see/do around: London Zoo, Regent’s Canal, Regent Park

Covent Garden is one of the popular places in London, where locals enjoy shopping, dining, going out for a drink or enjoy other things such as going to the theater.  Every time I’m in London, I’ll go there for a coffee or for shopping.
Nearby Public Transport: Covent Garden Tube
Things to see/do around: Covent Garden Market

Leicester Square is a popular tourist attraction in London.  Here you’ll find the cinema with the largest screen and another with the most seats – over 1,600. The square is the prime location in London for film premières and co-hosts the London Film Festival each year. Here’ you’ll find the Hippodrome Casino, the famous M&Ms store, a number of theaters and the Soho area a lot of restaurants and bars and the China Town.
Nearby Public Transport: Leicester Square
Things to see/do around: Casino, M&Ms World, China Town

No matter what, it’s impossible not to go to London and miss shopping. As I’ve mentioned in another post regarding shopping in London, London is one of the best places for shopping, especially during its big sales during the Christmas period.  The best places are the famous Oxford Street, Carnaby Street and Covent Garden.  Other areas which are enjoyable for shopping include Russells Square (Brunswick) or Enfield Town (Palace Gardens). There are also many shopping malls e.g. Westfield and Hammersmith Broadway. Here you’ll find all the high-street shops with the best prices. Brent Cross shopping centre is another place you can go shopping in North West London.

Some of the photos I captured 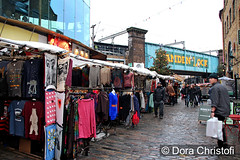 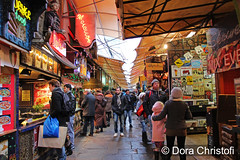 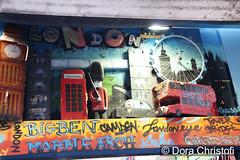 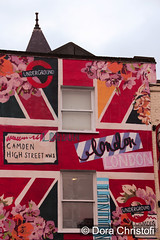 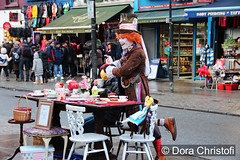 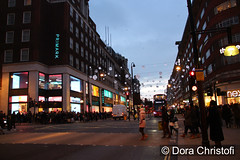 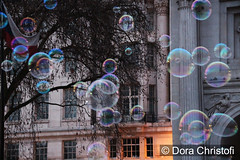 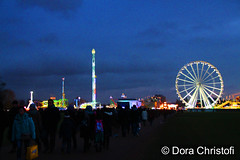 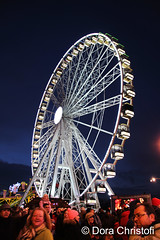 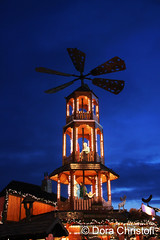 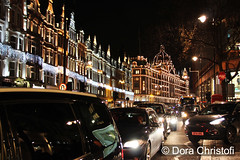 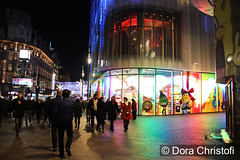 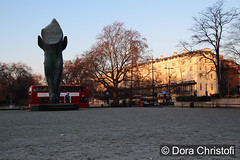 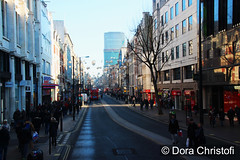 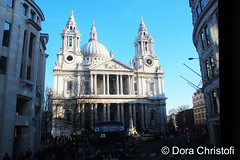 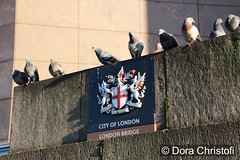 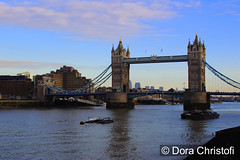 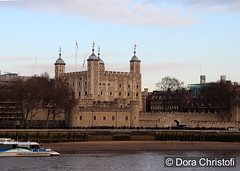 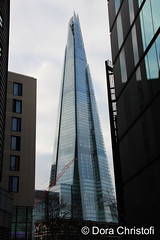 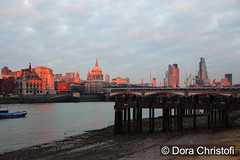 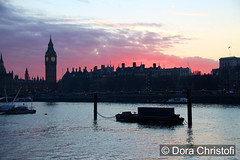 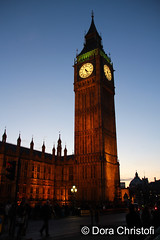 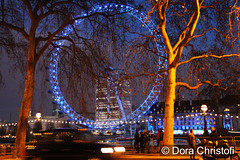 Disclaimer: I may earn a small commission for my product recommendations and  links to products introduced in this post. Your purchase helps to support my website and work in providing you real travel experiences, tips and anything else presented on this website.