Auschwitz, a death camp worth visiting

Home/Auschwitz, a death camp worth visiting

Auschwitz, a death camp worth visiting

So I was in Krakow and this was the opportunity to visit Auschwitz. In case you don’t know what this is (and believe me there are many people who have no idea about) Auschwitz is a concentration camp which was a network of German Nazi concentration camps and extermination camps built and operated by the Third Reich in Polish areas annexed by Nazi Germany during World War II. According to the official website, over 1.1 million men, women and children lost their lives here during the period of 1940 – 1945.

Auschwitz is located in a small city outside Krakow called Oświęcim. We booked a planned tour guide and the bus picked us up from the hotel. On our way to the concentration camp, which took around 1 hour and 20 minutes, we were watching a video in the bus with scenes from the camp and Hitler.

It was a rainy day. When we arrived at the camp, it was raining a lot. I got off the bus and realized I was in a place where millions of people though they were going there for a better life but instead they were tortured to death.

3 Camps: Auschwitz I , Auschwitz II- Birkenau and Monowitz (Buna)
Before going there I though Auschwitz was one camp but during the tour I found out that the Nazis built three separate camps. Auschwitz I – was the first camp which was the headquarters where many murders have taken place. Today this has been turned into a Museum. During that time 16.000 prisoners have been held there. Auschwitz II known as Birkenau is the biggest camp; located 3km far from Auschwitz I. Millions of people have been tortured and died in the gas chambers. It held more than 90k prisoners and 1.5 million of people, almost all of them Jewish, have been killed. The 3rd camp, Buna or Monowitz, has been destroyed.

Auschwitz I – (The Museum)
Auschwitz I , today used as a museum, was the first concentration camp which accepted 17k Polish and Jewish residence during 1940 – 1941. The tour guide told us that the people who ended up there, though they were going to a new place, for new life with better living conditions. But instead, the Nazis grabbed their things and took them to the showers (which meant death).

The place illustrates many pictures of the facts that took place, which explanation text and numbers of people who have been executed. There are rooms displaying the personal items of the people. Worn clothes, shoes, kitchen items, their hair, they even have cut pony tails from women’s hair. There’s a large display with all the suitcases, with the name of the owner and the date of their arrival I think.

As you walk around the place and pass by the rooms, you can see pictures of the scared victims, framed on the wall, wearing the prisoner’s t-shirt. Everyone, who was selected for work, was issued with a serial number and was stamped (tattooed) with their own unique number.

Auschwitz II – Birkenau
After the museum we visited Auschwitz II. Here we found out about more cruel facts about the camp. The only people who live past the first day of the visit to Auschwitz- Birkenau were those who we capably to perform hard labor work. Apparently a lot of women were killed because of this. Anyone who was above the age of 45 and below 15 had to die and pregnant women were forced to abort or they were beaten to death.

The barracks in Birkenau were made to be used for horse stables. Each barrack was meant to host around 50 horses. There were 250 barracks. Imagine, each barrack ended up housing around 1000 people. As the tour guide said, Auschwitz II was a lot worse than Auschwitz I. There was no water or soap to wash therefore there were a lot of diseases spreading around.

We passed by the gas chamber which was a bad feeling since we were told that when inmates were sent to the showers it meant they were gassed and burned to ashes.

The camp had a place for males, which was used as a toilet, named latrine. This place was awful. Listening that this was shared by everyone – basically all men would go together in the latrine at the same time and had a few minutes to go to the toilet. Desperate people were using these latrines (since they have holes) as hiding places.

Worth visiting
If you are planning to visit, I strongly suggest you go with an organized tour guide. Believe me, your tour guide will tell you a lot about history. With the tour guide you’ll go there by an organized bus, they will tour you around and tell you all the details. You’ll basically need to spend around 4-6 hours for this, travelling from Krakow to Auschwitz, visiting the camps and returning back.

The feeling of going there and seeing the rooms, the personal belongings of the people who have died there, their hair, their suitcases, their shoes etc cannot be described. Every time I hear the word Auschwitz all of what I described, the scenes I’ve seen there, what I witnessed and the storied I heard on the tour. Pictures of the photos of the prisoners come to my mind. Listening about stories from others, watching relevant movies or reading books is totally different from going there.

This is a dark place, a place which was a false hope for millions of people, it will make you feel angry and sad, but you’ll get to know the story and experience firsthand what those people have suffered.

Some of the photos I captured – using an old camera 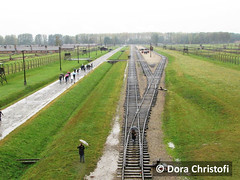 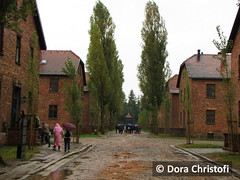 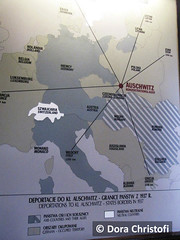 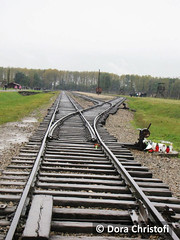 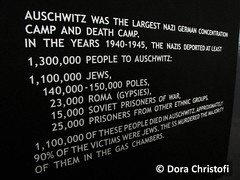 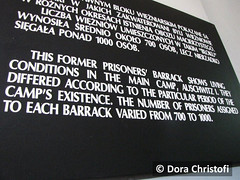 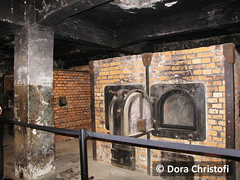 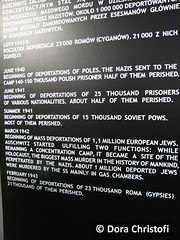 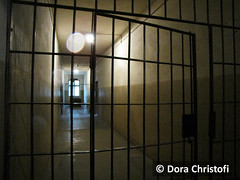 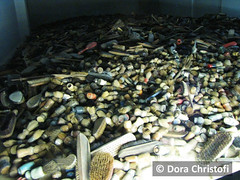 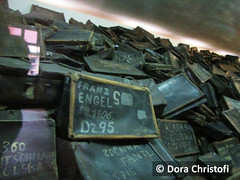 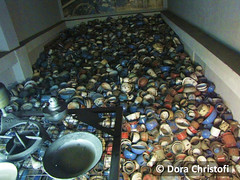 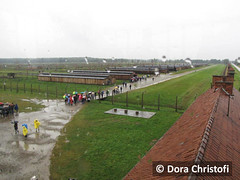 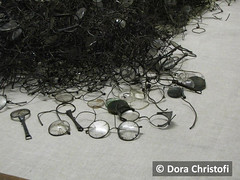 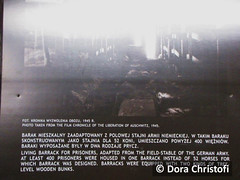 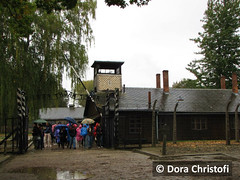 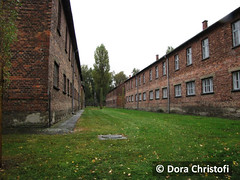 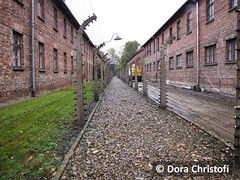 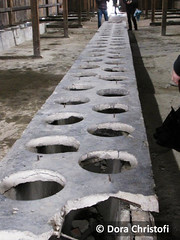 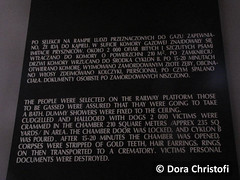 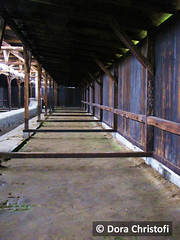 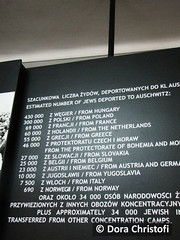 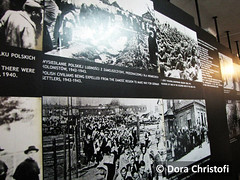 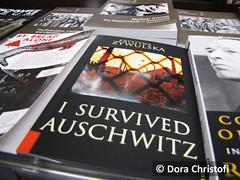 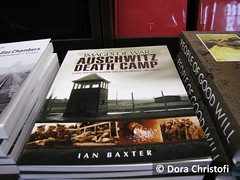