Oslo, the capital of Norway, sits on the country’s southern coast at the head of the Oslofjord. It’s known for its green spaces and museums. Many of these are on the Bygdøy Peninsula, including the waterside Norwegian Maritime Museum and the Viking Ship Museum, with Viking ships from the 9th century. The Holmenkollbakken is a ski-jumping hill with panoramic views of the fjord.

Luckily enough, Ryanair was the reason to travel to Oslo due to its cheap flights from Paphos to Oslo (Rygge). I travelled there with 2 friends of mine in February 2014 in order to visit Oslo, then Bergen and finally visit Stockholm. We choose to visit Norway in winter in order to experience something very different from what we have up to now.

The Hotel in Oslo

We landed in Oslo and stayed there for 2 nights at the Anker Hotel, probably one of the best hotels I’ve been to. Clean and quite. We got a room on the 8th floor with an amazing view. Breakfast was excellent with a variety of things to choose from. The hotel is located almost in the city center and you just need to walk 10 mins to reach central station. The Wi-Fi is free and stable.

A full day in Oslo

We spent a full day at Oslo and visited most of the must see attractios while it was raining. Although it was rainy it didn’t stop us to tour around Oslo. We started from the National Opera & Ballet house and walked down to the Royal Palace and then the Akershus Castle and Fortress. We then passed by the National Theater and finally got the bus and visited the Bygdoy Peninsula, on the western side of Oslo. Here you’ll find several museums such as the Norwegian Museum of cultural history and the Viking Ship Museum. We visited the Viking Ship Museum which is one of the main attractions. Here you will see displays on sledges and intact Viking ships.  After the Viking museum we got the bus and went to the National Theater were we walked down to the Oslo Parliament and the Vigeland Park. one of the world’s largest sculpture park and one of Norway’s populat tourist attraction.

The first night we had dinner at the Delicatessen Grunerlokka which was near our hotel. This is a nice cozy but busy place. We had tapas and the food was delicious.  We also had lunch at the Hard Rock cafe Oslo and coffee at the Cafe Fedora.

After our short stay in Olso, the next thing was to do the famous round trip Oslo via Bergen. This is the famous Norway in a nutshell trip which takes you through some of Norway’s most beautiful scenery. More about this travel experience is available here.

Some of the photos I captured in Oslo 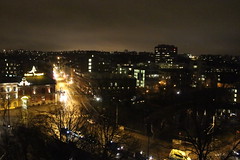 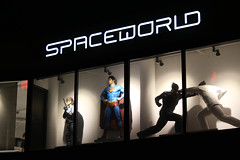 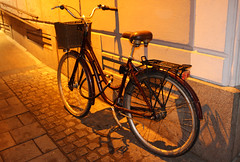 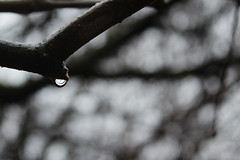 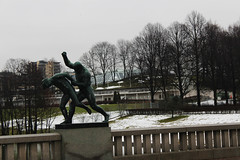 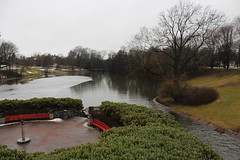 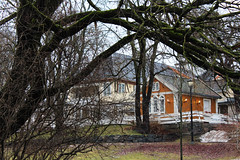 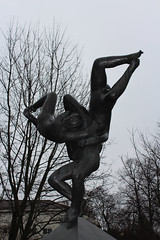 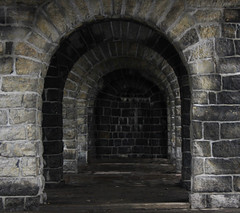 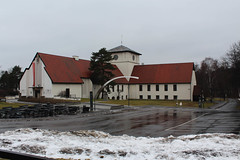 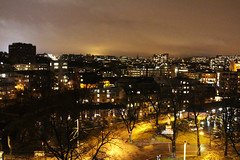