I visited Hannover beginning of summer, in June. I had to get 3 flights in order to get there, from Larnaca to Athens, from Athens to Munich (on our way from the plane to the other gate we got stopped by some tourists who apparently turned out to be secret police. They asked for our ID and details about where we are travelling to. The one of them called somewhere and in German he gave our names and ID details. After a while they let us go. It has never happened to me before so I was wondering if they were actually policemen) and from Munich to Hannover.
The taxi from Hannover airport to the city center costs around 23 EUR which is very good.

The weather was excellent bearing in mind that I was away from warm and sunny Cyprus.

I stayed at the City Hotel Panorama which was centrally located. Although the hotel is located in a weird area it was very good. The staff was helpful, the room was clean and the hotel is located near the S-Bahn. WiFi is free but not very stable. There’s a variety of things to have for breakfast which costs 8 EUR.
We couldn’t find many places for dinner around the hotel area so I found on Brauhaus Ernst August restaurant via tripadvisor. The food was excellent and huge for what we paid. Good beers, friendly people. There’s a menu also in English.

Another nice restaurant to eat is Die Insel. If it wasn’t for the business dinner I would have not discover this. It’s located next to the lake and if you’re there during sunset you will experience magic moments. The food was tasty; we had a nice starter soup, then a main course and 2 in 1 desserts which were delicious. It’s worth going here for the view, especially if you sit outside.

Although my time in Hannover was limited I had the chance to see a few things – more I should say – than I was expecting since daytime lasts until 10pm during summer time.

Hannover does not look like the typical European cities and you should not expect to see beautiful attractions or historical buildings. During the 2nd World War the city suffered the hardest hit and many of its landmarks were destroyed.

Hannover in general has large green areas with parks, forests and lakes (you can see that from my photos). The Leine River goes through the city and Maschsee Lake is a beautiful artificial lake which is used as a venue for a number of water sports. It’s near the City Hall (or Town Hall). We walked from the hotel to Die Insel restaurant which was around 5km distance. Fortunately the weather was nice so it was an enjoyable long walk.

If you wish to go for shopping, Kropcke is Hannover’s shopping spot where you can find all sorts of high street shops and price ranges. There’s also Ernst August Gallerie near the central station. 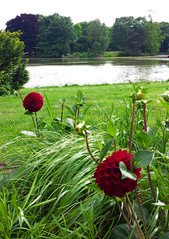 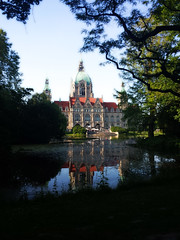 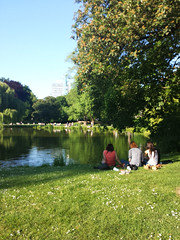 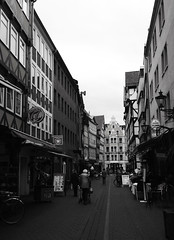 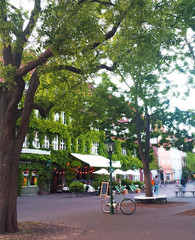 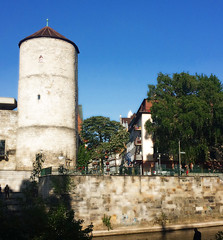 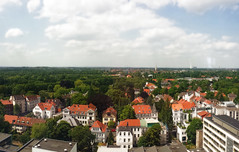 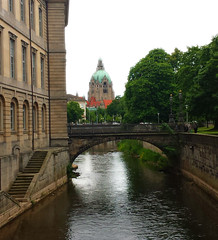 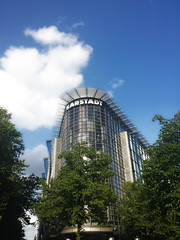 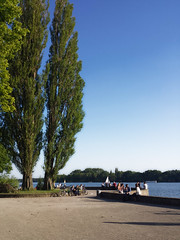 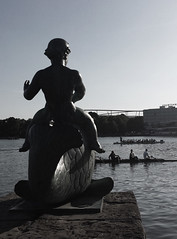 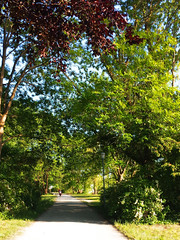 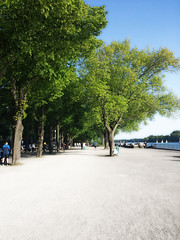 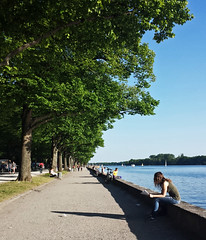