Traveling—it leaves you speechless,
then turns you into a storyteller. 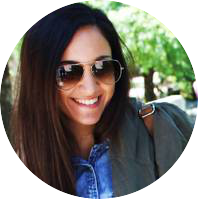 Hello and welcome to my world of Trip Experiences. I’m Cypriot, with a London touch, living in Cyprus, the ancient island of Aphrodite. I love travelling and most of all I love blogging about it. I hope you find some interesting info here and if you have any comments or recommendations please contact me.

“I enjoyed a cruise in the Norwegian fjords, had a dinner 327 meters underground at Wieliczka salt mine in Krakow, felt sad at the Auschwitz concentration camps in Poland, waited for a delayed train in snowy Myrdal in Norway (altitude 866 m) at -15 degrees Celsius, got on the Flam Railway, one of the world’s steepest railway lines, went on a 7 hours road trip from Paris to Perros-Guirec (580 km) in one day, stepped on the Pink Granite Coast in France, walked from Germany to Poland (Slubice) by crossing the boarders in Frankfurt Oder, watched the Disney parade in Paris Disneyland, tasted a 50 years aged wine in Lisbon, felt amazed by seven million tulips in Keukenhof in Holland, I’ve almost fallen off a Yatch in Milos on a windy day, twisted my ankle in Milan, got the train from Newcastle to Liverpool and back on the same day (8 hours travelling), had a drink at an ice bar in Stockholm, tossed a coin in Fontana di Trevi, enjoyed the best sunset in Santorini, toured 3 Greek islands on a motorbike, experienced an opera in Verona, stepped on James Bond Island in Thailand, visited the Peles Castle in Romania on a snowy day – it was like a fairytale – experienced walking the Great Wall of China, admired the Bund view in Shanghai”

An adventurous family day out    If you are looking for something different to do with your family, Camel Park in Mazotos is an ideal option for a day out. Mazotos Camel Park was founded back in 1998 as a camel farm but the love and care of [...]

Nicosia has a lot of places with playgrounds for kids to play and have fun, both outdoors and indoors whilst parents enjoy their coffee or a meal. Below you will find a list of the most popular Nicosia playground places where parents can leave their kids to have fun [...]

Limassol has a lot of places with playgrounds for kids to play and have fun, both outdoors and indoors whilst parents enjoy their coffee or a meal. Below you will find a list of the most popular Limassol playground places, either Cafes or Dining areas. 1. Agora Playlounge [...]

Unique places to visit on your Greek adventure

Greece is a country with a long and storied history. With so much to see and do, it can be hard to narrow down your options. If you're looking for something a little off the beaten path, check out these 10 unique places to visit in Greece whilst on [...]

Flight delay or cancellation? Claim up to 600 EUR

Was your flight delayed, canceled, you missed a connection or you were denied from boarding? Don't stress out because there's a way to get compensated. Compensair allows you to claim up to 600 EUR per passenger. Visit their website or check the widget below to check if you are [...]

Traveling is the only thing you
buy that makes you richer

Live life with no excuses,
travel with no regret